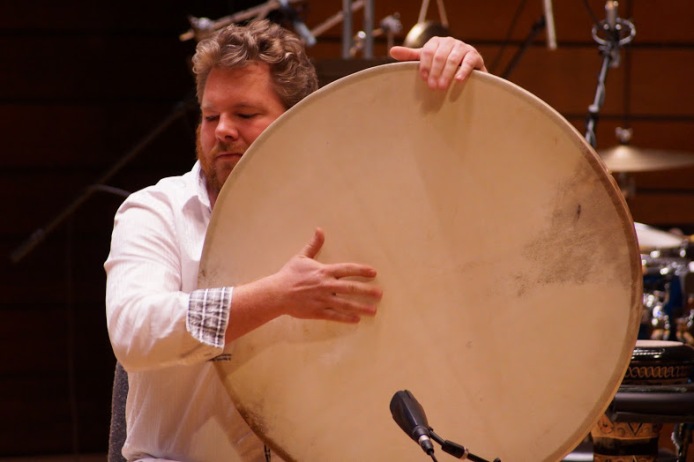 Bryan Jeffs is a Southern Oregon based percussionist, educator, composer and general musical tinkerer.  Blending a passion for pop music and the avant-garde, his work encompasses a wide variety of interests and influences. As a composer he has created numerous works for percussion utilizing both traditional and graphic notation while also utilizing a variety of physical media.  His compositions and performances evoke a sense of lighthearted playfulness balanced with complexity and technical demand. This is best exemplified in his “Rebel Frog” trilogy of pieces for percussion ensemble.

Notable festival appearances include the Percussive Arts Society International Convention (PASIC), Northwest Percussion Festival, the Festival of New American Music in Sacramento, The Oregon Fringe Festival and numerous Day of Percussion events around the Pacific Northwest. His piece “Contactual Constellations”, an innovative graphic score with the notation printed directly onto drum heads, was premiered at PASIC in 2014.  In 2016, the Oregon Fringe Festival commissioned the work “Ashland, Oregon”, a graphic score based on the geography of Ashland, Oregon.

Currently, Bryan serves as an adjunct faculty member at Southern Oregon University where he directs the SOU Raider Band, teaches percussion and a wide variety of general music courses spanning rock and roll, world music and hip hop. Bryan is an educational artist for Remo Drumheads and Vic Firth sticks and mallets as well as a member of the Black Swamp Percussion Educator Network.